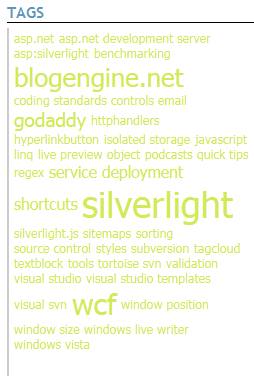 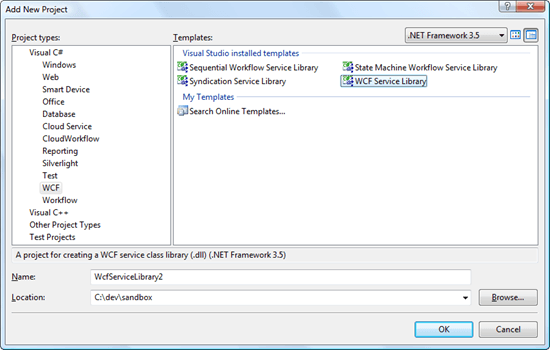 The service contract defines just one operation: GetTags. It takes as parameters the tag occurrence threshold, which is a minimum number of times a tag must have been used in our blog before we’ll display it in the TagCloud control, and the baseUrl, which is the hosting web site’s base address, as in . We’ll see how the base url is used in a moment. GetTags returns a collection of CloudTag objects.

You can deploy the WCF service right now (since nothing is actually using it yet). I’ve written a couple of posts on how to do that, but what you basically need to do is make the needed changes to your web.config, then copy over the .svc and assembly DLL. You can then access the service to make sure it’s running with, for example, /TagCloudService.svc. 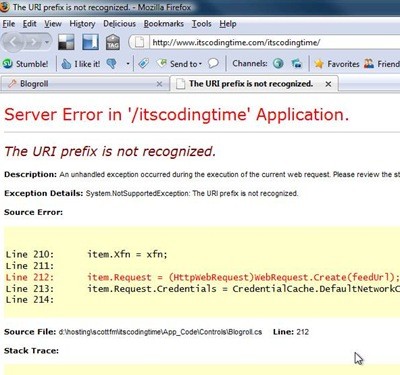